In 2010, Korey Klein and his wife Tess had a dream of starting the first off-grid wood fired pizza oven food truck to serve authentic, Neapolitan pizza to their community in Whistler, BC. They started with an imported wood-fired Forno oven at their local farmers market and over the next 3 years they upsized their oven twice and built a custom trailer to enclose the oven. During this time Korey had purchased 3 power inverters from big box stores that kept failing under the demands of the sheeter and freezer he required for his mobile kitchen. He knew he would need to invest in a more robust electrical system and battery bank to keep up with his growing food truck business. 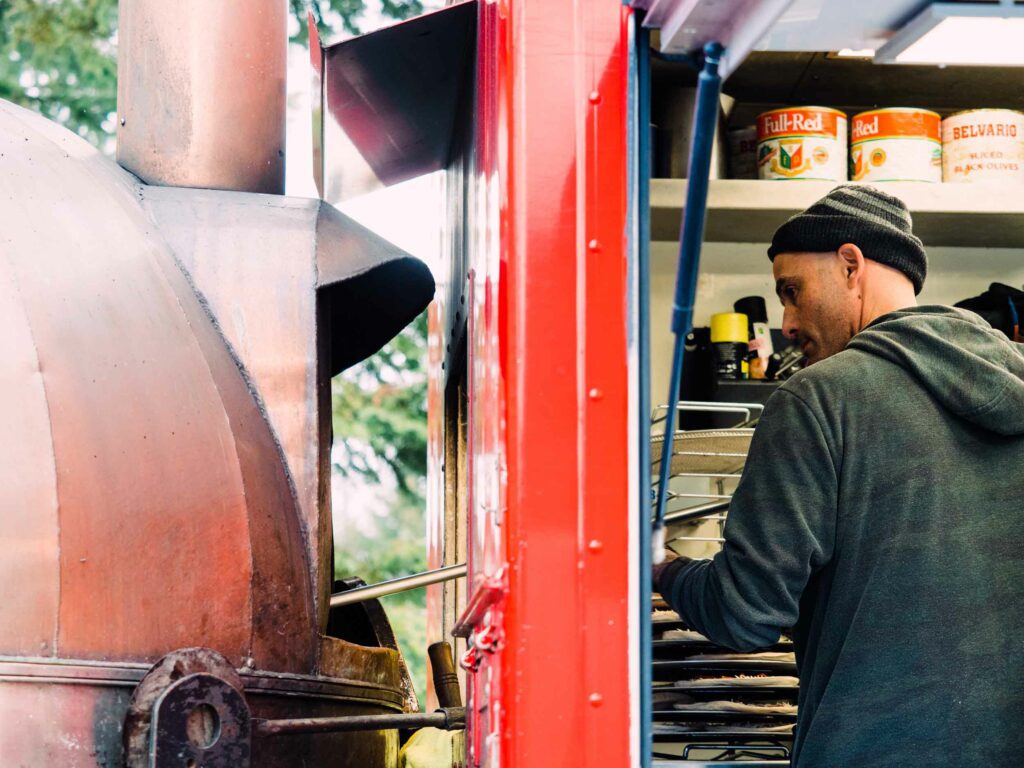 In 2015, Korey commissioned Intercontinental Truck Body (ITB) to build a custom state-of-the-art food truck with a 360-degree rotating wood-fired copper oven which would allow customers to see the baking process. It would also need to utilize renewable energy – he wanted all the electrical to run off stored energy from the backup batteries. No generator, no fossil fuels.

The food truck would require a robust electrical system to power an 8 amp sheeter, 2 converted freezers (by souvé to make a 4ºC temp), countertop prep rail, 33-quart mixer, 2 iPads and a router using the Square app payment system. They also needed to heat a hot water tank for handwashing and power a compressor for the prep rail when it’s hot outside.

“You can’t use the same stuff as in traditional restaurants. Things are moving around, shaking. You need equipment that can stand up to the conditions, and you need to be able to replace items affordably and easily.”

Korey knew that a power inverter would be an integral component of the electrical system but he wasn’t sure which direction to go. His experience so far hadn’t provided him much confidence in the big box store brands. Not to mention, the inverter would need to stand up to the rough conditions and vibrations of the food truck. “You can’t use the same stuff as in traditional restaurants. Things are moving around, shaking. You need equipment that can stand up to the conditions, and you need to be able to replace items affordably and easily.” 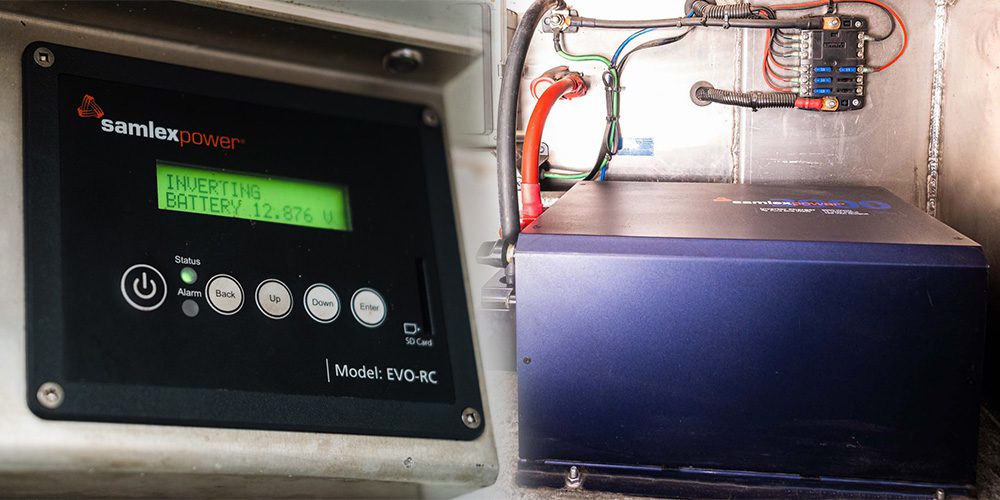 A big consideration in the build of their new off-grid food truck was sustainability and using renewable energy to maximize their green footprint. When Korey asked ITB to recommend an electrical system to meet his needs they suggested a 3000Ah battery bank and the Samlex EVO-3012 Inverter/ Charger.

This would provide reliable off-grid power for up to 36 hours without the need for electrical hookups or a generator. With the food truck always on the move, the Samlex Automatic Charge Isolator ( or Automatic Charging Relay) also allows the alternator to recharge the batteries while driving to their next location. In addition, the ACR-160 would protect the startup battery from over-discharge.

Since 2015, Whistler Wood Fired Pizza Co. has been using the same system day in and day out with zero issues. “I haven’t swapped the batteries, inverter or charge controller and it’s been working like a dream,” Korey says. “It wasn’t the cheapest option, but we had inverters before that just couldn’t keep up with the commercial use. Samlex was a true game-changer and would allow us our green footprint.” 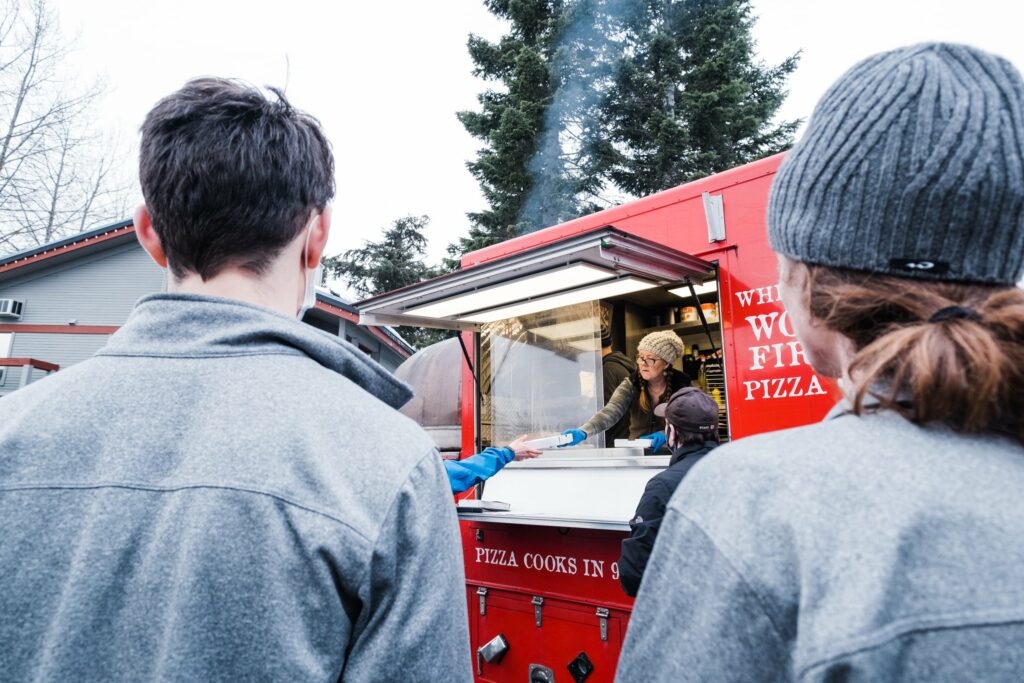 “I haven’t swapped the batteries, inverter or charge controller and it’s been working like a dream. It wasn’t the cheapest option, but we had inverters before that just couldn’t keep up with the commercial use. Samlex was a true game-changer and would allow us our green footprint.” 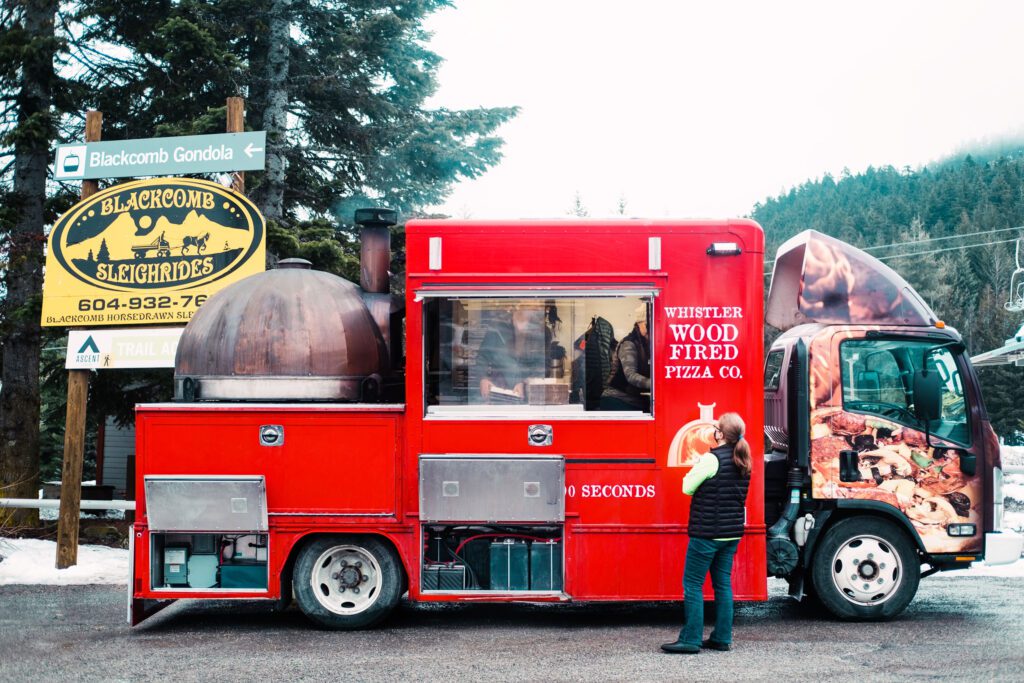 Result: Bringing communities together with food, powered by renewable energy

Now Korey is able to focus his energy on their sustainability initiatives and providing a unique experience to customers, “We’re trying to change the way people think about eating food.”

When possible, they use the 100-mile rule for purchasing Canadian-made products and all toppings are bought through local farms. “The only ingredient we import is our non-GMO Neopolitan certified pizza flour – we can’t compromise on that, but I order a large pallet each time.”

Their pizza is a Neapolitan, thin-style crust which cooks in under 90 seconds because of the oven’s heat. “The simplest system is the wood-fired oven because it contains the heat. It can cook pizza, focaccia and cookies at the different temperatures it offers as it cools.”

Their business is truly a family affair. Both Korey, Tess and now their daughter, Talula, are part of the day-to-day operations, including kneading the dough, making the homemade sauce and serving their customers. During the peak months, Whistler Wood Fired Pizza Co. employs 4-5 staff per truck (1 food truck, 1 truck/trailer) and can expect to make 400-500 pizzas per day. They are dishing out made-from-scratch pizzas year-round at weddings, festivals, movie sets and remote events throughout the Sea to Sky corridor and the Lower Mainland/ Greater Vancouver area.

When other food truck vendors ask how he’s not using a generator to power his food truck he is more than happy to show them his EVO electrical system and send them to ITB. He wants to see innovation in the industry and more vendors utilizing renewable energy to power their food trucks.

“It’s a big step. It’s less of a business model and more of a mission. We need to see the possibility of these changes and embrace them. I’m thankful for you guys. You were finally the solution. I took a huge chance because I believed in renewable energy.” 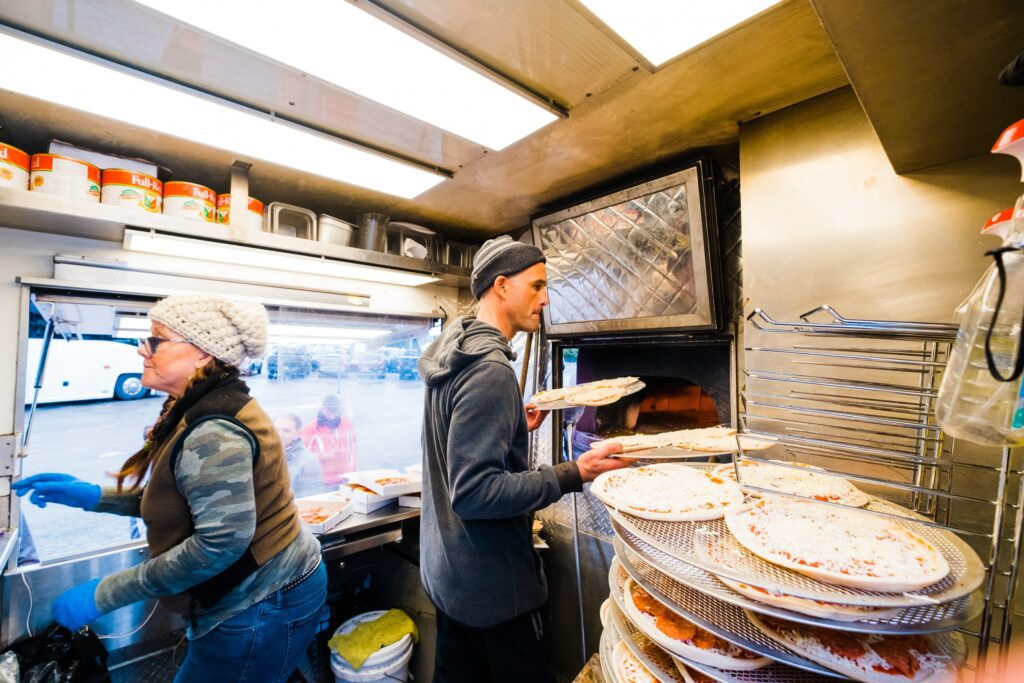 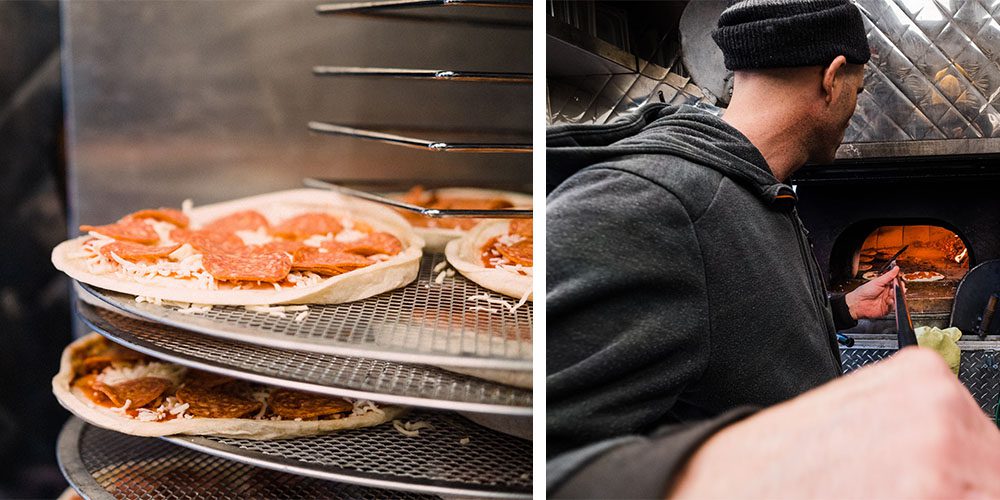 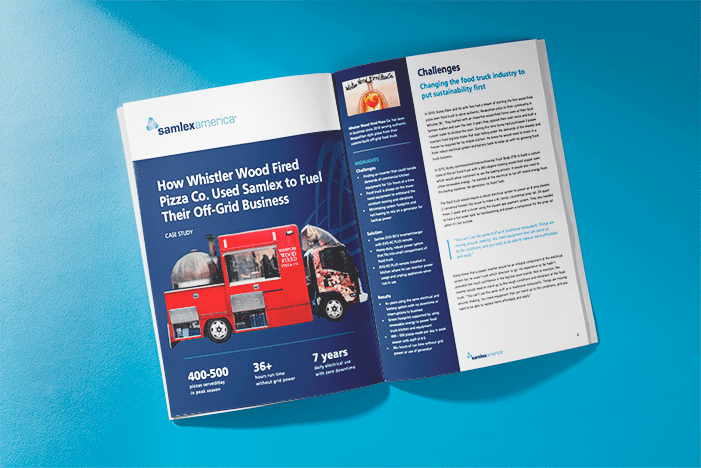 To get more info on Samlex Inverter/Chargers or to find an off-grid power solution for your food truck business, contact us by phone or email. 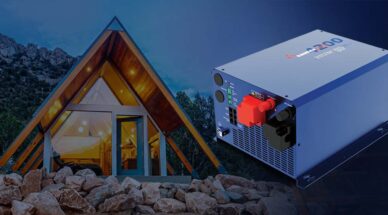 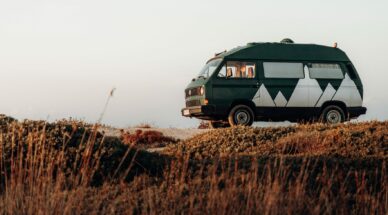 Boondocking is an ever-growing way for RV travellers to explore. In this blog post, we share 8 essential items for a more comfortable trip.